skip to main | skip to sidebar

﻿
As we go through life we cross paths with many people. Some we like. Some we don't. Some who make a little impression on us and some who make a big impression on us. We make many acquaintances but only a few who we can consider as true friends. Donnie Schmeisser was an individual who I considered a true friend.
For most of my life I didn't even know Donnie existed. But that all changed in 2008 when we pulled Tourist into a slip on B-Dock at Legacy Harbour in Ft. Myers.
The days passed while we got settled in. My parents wintered some 20 miles south of the marina and were frequent visitors. But when they weren't there we got to know some of our dock mates. All were friendly but one guy stood out amongst the crowd. One that looked like he had been baking in the sun for months. One who spent his winters at Legacy with his wife Marilyn and dog Chloe.
Each day Donnie would pass by several times while taking Chloe ashore to do her business. (And catch up on marina happenings!) Each time stopping to talk if Pam or I were outside. I'm pretty sure that it was at one of these impromptu meetings that we learned about "Docktails". Seems Donnie and I both had a liking for Rum!
Time passed and we got to know each other better, often times offering our limited knowledge to the other about life and it's complexities. (Better known as bullshitting). On trips to West Marine or China Town (Harbor Freight) Donnie would ask if I wanted to ride along. He and Marilyn even offered their car for us to use if we needed it. Pretty nice and much appreciated.
Over the years I learned a lot from Donnie about the surrounding area both on land and water. I'm not sure who was happier about the times we were able to get away from the dock and anchor out at Cayo Costa, Keywadyn Island, or travel to the mooring field at Ft. Myers Beach and bitch about "Capt. Poop" who somewhat managed the moorings and ran the pump-out boat.
Every day better than the last and every day ended with "A drink of Rum" as Donnie would say.
We had some good times for sure.
If you didn't take the time to get to know Donnie he could be misconstrued as somewhat of a curmudgeon. And I'm sure to this day that a few still hold that impression. He suffered no fools.
But once you got to know him you realized that he was just a big teddy bear hiding behind that gruff façade. I think Pete, one of our dock mates said it best when describing Donnie.
"I've never met a man who tried so hard to hide a tender heart".
I could go on and on about the good memories that Pam and I have about our time at Legacy. And when I think about those times most of them include my friend Donnie.
B-Dock and Legacy will never be quite the same for us without you. 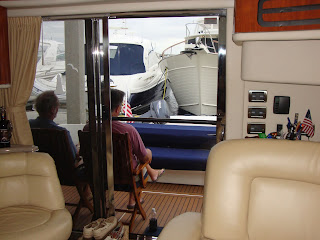 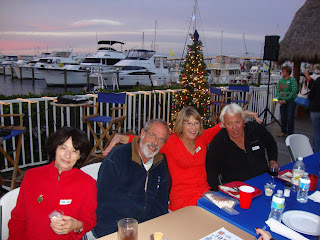 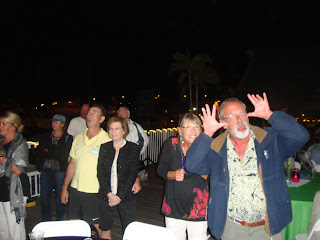 Always posed well for a picture! 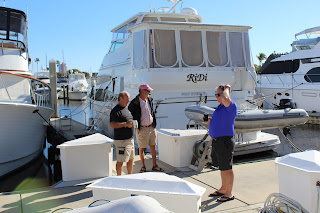 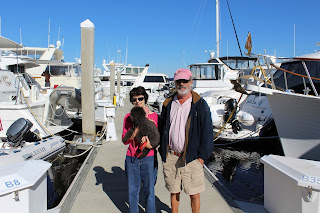 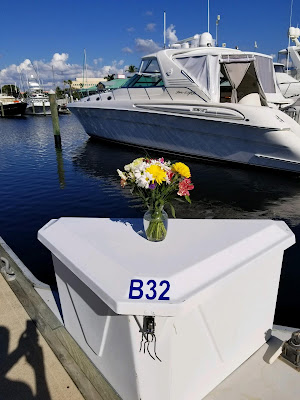 Gone but not forgotten. 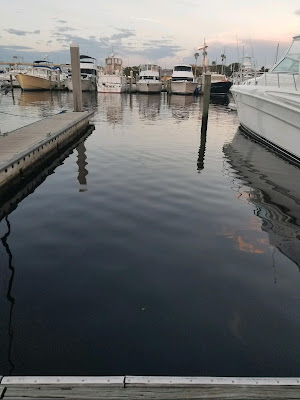 Rest In Peace My Friend
Our thoughts and prayers go out to Marilyn, Chloe, and the family and friends who grieve your loss.﻿

Posted by RPHTourist at 7:19 AM